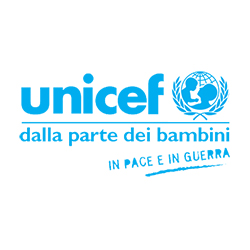 The location of Altafiumara Castle overlooking the Strait of Messina, lit by the magic of the shooting stars in the night of St. Lorenzo, hosted the event “Stelle nella notte” (Stars in the night) promoted by Montesano Foundation in support of Unicef on the 10th of August,2016. The main theme of the event, established by the President of the Foundation Francesco Montesano and shared with the President of the Unicef provincial committees Pietro Marino, concerned a special project for refugee children from Middle East by landings always more numerous, in order to create better human conditions and help to promote a path for an easier and calmer life, with institutions and charities.

"Events like this – says Marino – help in reinforcing values and sensitivity. Encouraging a collective effort towards emigrants, those who run from situations of serious inconvenience, going beyond the responsibility of different institutions, is a priority target for us. Calabria is a welcoming land and that open to the Mediterranean sea. Strong of this awareness, we want to draw attention once again – and the initiative organized by Montesano foundation offers us the occasion – on the drama of unaccompanied minors, emigrants and refugees, who numerous disembark on our coasts. Unicef – underlines the President of the provincial committees – is at the forefront in facing this emergency particularly complex in its running, that requires an extraordinary effort of the competent authorities and the surveillance of international bodies". - Ilaria Quattrone for strettoweb.com

An evening on the basis of values of solidarity, whose income have been totally donated in support of Unicef projects, all accompanied by musical entertainment till sunrise and with the direction of the actress Federica Montanelli.

The President Francesco Montesano was enthusiast: “We want to promote the ideals of welcoming and hospitality. Our mission is to offer a high level of hospitality but we also want to underline how the area where we work showed big motivation and openness towards women and men arriving in Europe, leaving behind them wars and dramatic living conditions to pursue the dream of a better future. We want to be hospitable in the service and in the soul and we hope to contribute with the fund-raiser to the realization of programs particularly dedicated to minors”. - Ilaria Quattrone for strettoweb.com

The Altafiumara Ambassadors International Prize, addressed to the outstanding personalities from different parts of Italy and Calabria, constituted the central part of the event. The Scientific Commettee of Montesano Foundation, presided over Dr. Antonella Freno, selected the nominations for the 2016 edition: among them, the ambassadors of values and quality of the territory in the world, with professionalism in governance, careers and life path.

“Realizing an event of this kind, strongly attached to solidarity and welcome values – says Antonella Freno – is source of pride for us that, with passion and responsibility wanted to support Unicef. We want to promote the South of Italy, its excellences and its culture, offering a recognition to people that in their field of activity gave prestige to the South, supporting at the same time the minors involved in the biggest humanitarian emergency of nowadays”. - Ilaria Quattrone for strettoweb.com

For Medicine and Surgery:

For Economics and Internalization:

For Journalism and Communication:

The preview of the latest collection of the stylist Claudio Greco, also in the guise of artistic director of the event, paid homage to the beauty of South and to a territory characterized by an ancient history that relives in the antiquities, in historical and cultural records, in the poetry of fabulous and pure landscapes...

The new perfumes of the Myth, through the creations of Scilla and Cariddi, presented by the Brand "Acqua degli Dei" by Fabrizio Giuliano, reproduced the symbol values of Ulysses journey in their scents.

All the photographs of the event, are available on our Facebook official page

We are glad for having actively contributed to raise funds for children’s rare disease research supported by Action for A-T Charity and for having been included among the hotels with an award in excellence “Philanthropy”.

We use cookies on our website. Some of them are essential for the operation of the site, while others help us to improve this site and the user experience (tracking cookies). You can decide for yourself whether you want to allow cookies or not. Please note that if you reject them, you may not be able to use all the functionalities of the site.